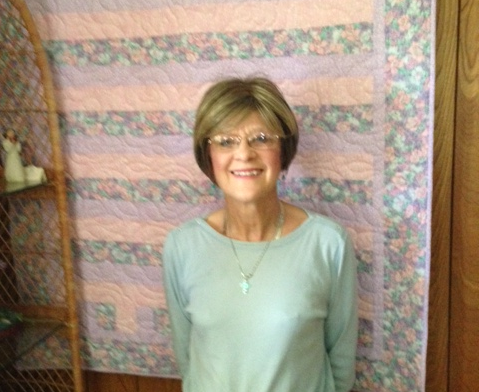 Sydna Hamilton, 65, lives and works on a farm. Staying active is not only a choice, it is part of her lifestyle. However, she started to notice something was a little off. “When I climbed the stairs, I began to notice I was tired,” Sydna says. “That’s the only difference I had seen in my health.” At her upcoming routine well-woman appointment, her gynecologist, Dr. Stephen Griffin, noticed something also. Her right ovary was enlarged and her blood work showed elevated CA 125, a protein known as a tumor biomarker. “I needed to have a hysterectomy.”

Sydna was referred to gynecologic oncology surgeon Dr. Thahir Farzan. During her scheduled minimally invasive robotic hysterectomy, Dr. Farzan discovered ovarian cancer tumors on her diaphragm and had to perform a complete hysterectomy. “I would have had to go to Phoenix,” Sydna says of feeling fortunate Dr. Farzan was able to remove the cancer during the scheduled procedure. “The fact he was in Amarillo – I felt it was a godsend. He was able to get all the cancer.”

When Sydna woke from surgery, her first thought was, “They are going to be very surprised at how quickly I recover from this.” Driven by her strong work ethic on the farm and motivation to be healthy once again, Sydna says of her health care team, “And they were surprised.”

Today, Sydna is halfway through chemotherapy treatment. Having faced her first major surgery and health scare, she says she feels blessed by the care she has received right at home. “I’m standing for healing,” Sydna adds. “I was very blessed by all the nurses and the care I received. Everyone was very kind, friendly and compassionate.”