A Mother’s Stay at BSA Through Her Son’s Eyes 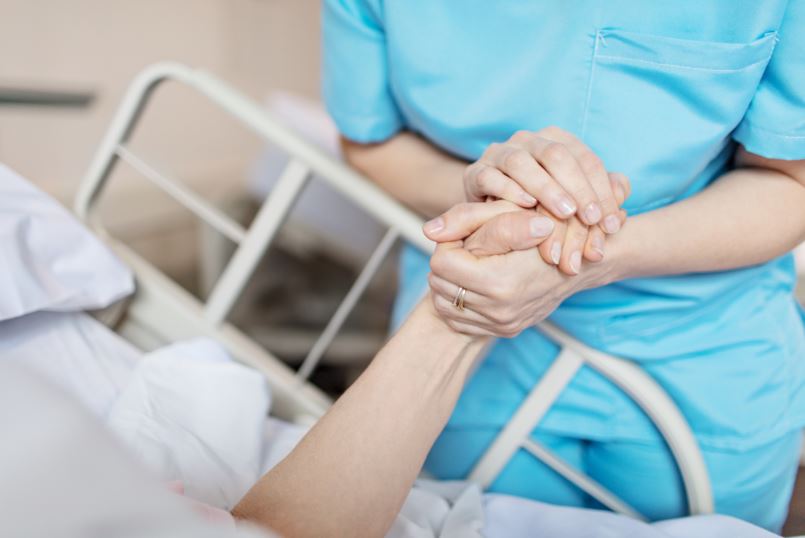 Tuesday mornings are special for Michael Fox and Linda Hinders.

The siblings visit their mother, Marianne, at Palo Duro Retirement Village in Canyon.

“Every Tuesday we have coffee with her and her friends,” shared Fox. Marianne, 78, lives a self-sustaining and moderately active lifestyle at Palo Duro Retirement Village.

One Tuesday morning in early February, Hinders noticed her mother was not downstairs for their weekly coffee date and went to check on her.

“Linda found her laying on the bathroom floor, clutching her cellphone,” Fox said. Marianne was uninjured but seemed disoriented. “When we asked her what was wrong and she couldn’t tell us, we made the decision to call an ambulance.”

“From there, the whole experience was incredible,” Fox said.

Marianne was transported to BSA Hospital, about a 30 minute drive from Palo Duro Retirement Village. It was soon discovered she had pneumonia and was severely dehydrated.

“Mom received kind, compassionate care from the paramedics, in the emergency room and throughout her entire stay at BSA,” Fox shared.

Fox was appreciative of the attentiveness BSA staff gave to his mother and family.

“I felt as though everyone actually listened to my mom and understood her concerns,” Fox said. “There was no rush to get her out of there.”

“The physicians and nurses were fantastic,” Fox explained. “Even the housekeeping crew was super accommodating and they were always asking if there was anything else they could do. That goes a long way for a family.”

Fox and Hinders took turns staying with their mother at BSA.

“We received proper and compassionate care,” Fox said. “It gave us peace of mind and definitely made our stay a lot more pleasant, since my sister and I were staying with Mom. Every single person who we were in contact with was helpful and kind.”

Marianne is feeling remarkably better and slowly regaining her strength.

BSA Named One of the Nation’s Top 100 Hospitals®