All in the Family: Nurse delivers baby of the woman she delivered 26 years ago 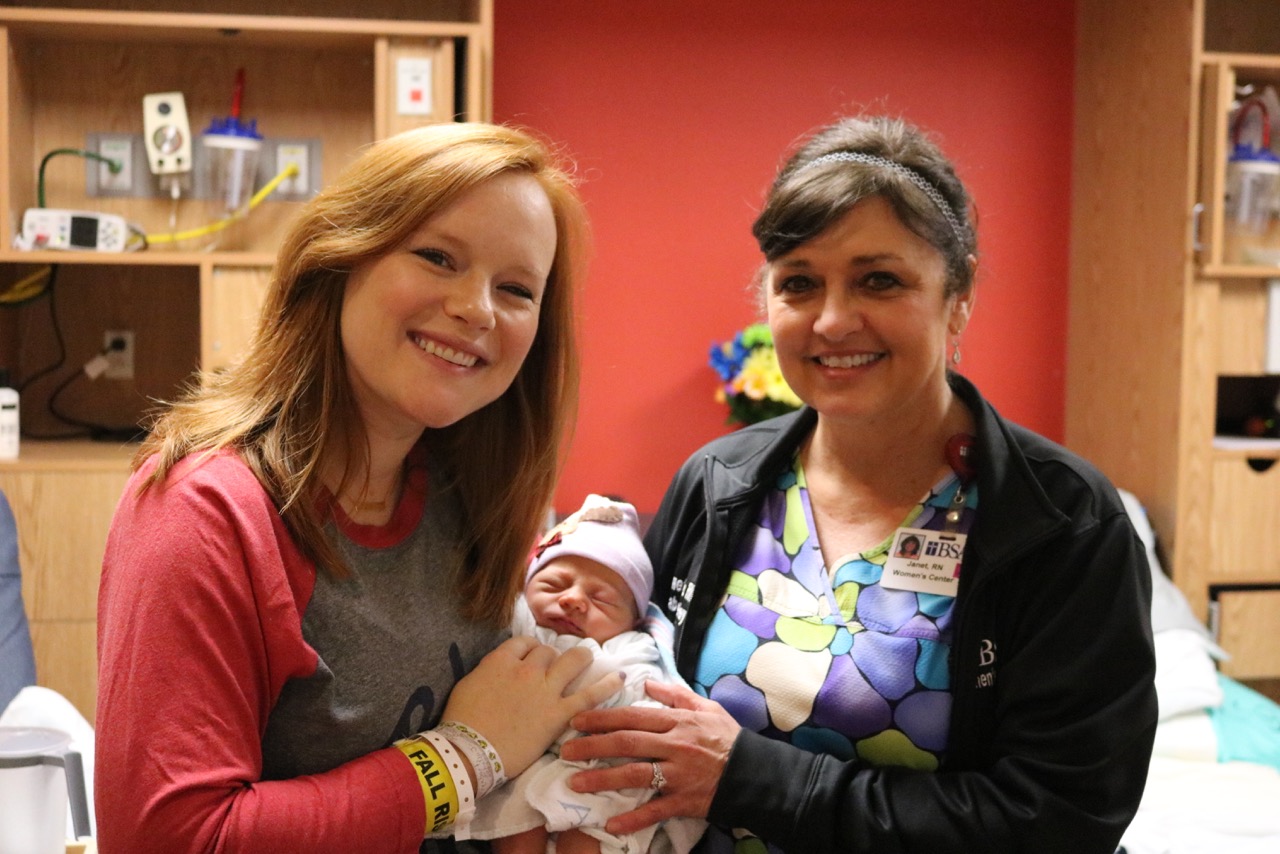 When you deliver babies for more than 30 years, you may think you have seen it all. That is, until you help deliver the baby of the baby you delivered in 1991.

Janet Hillers, RN is no stranger to BSA’s third floor. She has helped deliver hundreds of babies since she started working at BSA Health System in 1983. But just a few days ago, she was able to do something not many nurses get to do, she helped deliver a baby for a woman she had delivered.

In 1991, Janet’s high school friend, Terri Long was pregnant with a little girl. On a clear day in February, Janet happened to be working the right shift and assisted in bringing little Shelbi into this world.

“It was so special to help my friend,” explained Janet. “I am even more honored that Shelbi’s middle name is Janae, after me.”

Fast forward 26 years, and Janet is called to help Terri once again. This time, it’s for Terri’s grandchild.

During the morning hours of February 21, Tyler Dash Urquhart was born to proud parents, Shelbi and Kasey Urquhart.

“Janet was so comforting and she was constantly praying for me. It was nice to have a familiar face there helping,” Shelbi said.

“I’m appreciative I can be there for their whole family during these times,” Janet said.

A Heart for Nursing