Helping the Homeless, One Meal at a Time 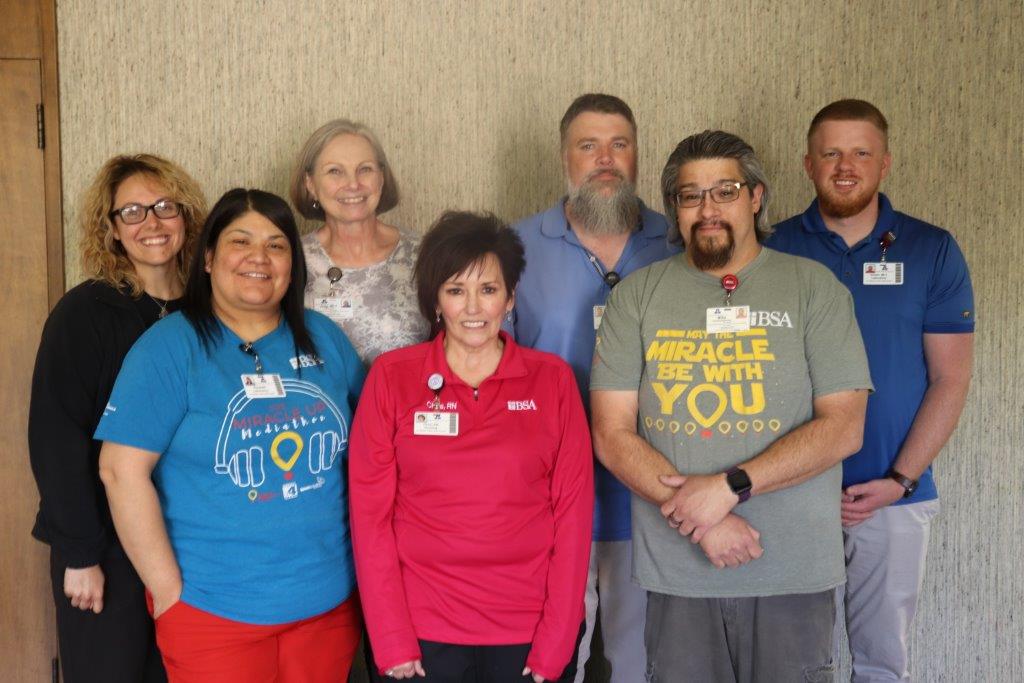 “We provide about 150 meals a day to the homeless community mainly in downtown Amarillo,” Parker said. “We ask if they’re hungry and show them compassion through the exchange of food. From there, we develop relationships with them.”

Amarillo Brown Bag Runs was founded in 2016 by one of Parker’s friends and has now provided more than 210,000 meals to homeless citizens in Amarillo.

“The founder is a childhood friend of mine,” Parker said. “He had been homeless in Los Angeles off and on for 10 years while battling drug addiction. He got sober six years ago, moved back to Amarillo to help his grandmother and started feeding 40-50 people a day.”

“It’s changed my life,” Parker shared. ““You meet some awesome people. It helps me probably more than I help them. What makes us human is the ability to shoulder someone else’s responsibility, even if it’s only temporary. It does something for both parties of the exchange.”

“When I found out what he was doing, I wanted to get involved,” Reeves said. “Now, getting out of bed each morning, I can’t imagine not doing this.”

During his first food run, Reeves said he experienced gratitude from each person he met.

“One thing I noticed right off the bat were all the ‘thank you’ and ‘God bless you’ comments,” Reeves shared. “Every single person had something nice to say back. They are very thankful.”

Reeves encourages everyone to go on a run with Amarillo Brown Bag Runs or a similar organization.

“It will change your life,” Reeves explained. “ “It changes the way you feel about money and gives you a whole new perspective on life.”

Parker and Reeves agree that homelessness is an ongoing public issue and can happen to anyone.

“People can work their whole life and end up on the streets,” Parker said.

Along with Parker and Reeves, other BSA employees volunteer for Amarillo Brown Bag Runs.

Reeve’s wife, Crystal, works in the BSA Pharmacy and organizes a sock drive every October. This past year, the BSA Pharmacy department collected 700 pairs of socks for the organization. BSA employees have also donated jackets and gloves.

The group posts donation needs on their Facebook page.

“We have a big social media presence,” Parker said.

According to Parker, by using the nonprofit’s Facebook page, volunteers were able to furnish a home for a family of four who were found living in a toolshed. When the family was able to move into a home, Amarillo Brown Bag Runs stepped in to help the family feel at home.

“We stayed in contact and helped them with furnishing, toiletries and things like that,” Reeves said. “We put it out on Facebook and donations appeared such as toilet paper, paper towels, clothing and blankets. It was amazing.”

Reeves says that volunteering and helping someone doesn’t require money.

“A lot of people think giving back means giving money,” explained Reeves. “A big part of what we do is giving time.”

Looking for a way to get involved? Click here to learn more about Amarillo Brown Bag Runs.