Thankful for the Correct Diagnosis 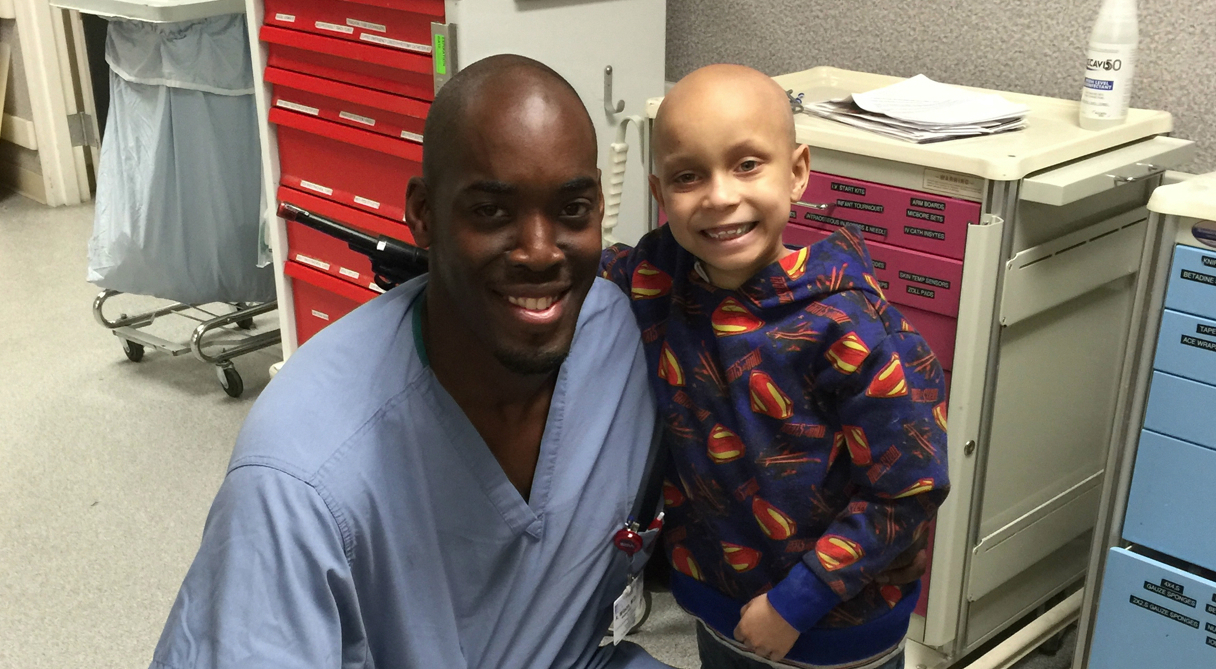 Last week, the Cazares family came to the BSA Emergency Department to say “Thank you” - but what a thank you it was. One year ago on February 21, 2014, they brought their five-year-old son, Calen, to the Emergency Department for nausea and a headache located in the back of his head.  Dr. Anwar Wilson saw Calen and immediately ordered a CT scan and told Calen’s mom, Jessica, to be prepared for what it might reveal. Then came the results that changed the course of Calen’s life. The CT scan revealed a medullablastoma, a brain tumor located in the back of the brain.

The family was in shock, as Jessica says, starting their journey for treatment and a cure. A local neurosurgeon referred the family to Cook Children’s Hospital for surgery. While there, many physicians said that it would be very possible to miss this diagnosis, because of the lack of consistent symptoms Calen presented. Another family at Cook Children's Hospital even shared with the Cazares family that their child had spent eight months in their hometown going from doctor to doctor trying to find out what was wrong with their little girl before receiving the same diagnosis that Calen received.

Why do we suffer from allergies?