Protection from Zika and Mosquito-borne Illnesses 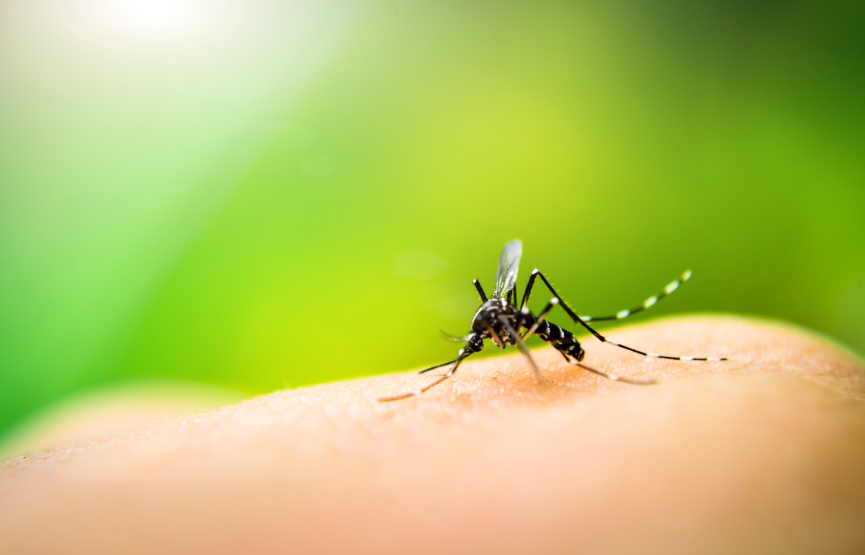 Concern continues to build as The Centers for Disease Control and Prevention (CDC) released a recent report that more than 300 people in the United States have contracted the Zika virus, 31 of those being pregnant women. However, the vast majority of those cases are travel-associated cases with only locally acquired cases in Puerto Rico, U.S. Virgin Islands and American Samoa. The Texas Department of State Health Services (DSHS) reports 31 cases in Texas including one pregnant woman. All cases with the exception of one - transmitted via sexual contact - are travel-associated cases. No local mosquito-borne Zika virus has been reported in the U.S. However, Texans need to remain aware of the West Nile virus, which is carried by mosquitoes native to our area. Health care providers encourage everyone to take measures to help protect themselves and their families from mosquito bites.

Kathy Kleman, family nurse practitioner at BSA Family Medical Clinic says that preventing mosquito bites is key. "I tell my patients to be extra vigilant about applying insect repellant containing DEET on skin-exposed areas when outside during hours when mosquitoes are active,” she says. “It is also important to drain standing water around your home, paying close attention to buckets and pots containing plants. For women who are pregnant or trying to become pregnant, I recommend avoiding travel to areas that are known to be affected by Zika, because the virus can be especially harmful to unborn babies."

For otherwise healthy children and adults who contract Zika, illness is mild. In fact, many people do not even know they are infected. Symptoms include fever, rash, joint pain and headache. As reported, Zika can be transmitted via sexual contact. Sexual intercourse and sexual activity should be avoided with those traveling from affected areas. Women who have sexual contact with an infected man are of special concern if they are pregnant or become pregnant shortly thereafter.

Findings published in the New England Journal of Medicine earlier this month state there is a causal relationship between the Zika virus and brain damage in infants resulting from a severe form of microcephaly and intracranial calcifications. This is the first causal link between a mosquito bite and a brain malformation. Children with microcephaly suffer from intellectual disabilities, developmental delays, hearing and vision difficulties, as well as many other problems.

Health officials urge women who are pregnant or planning on becoming pregnant to avoid travel to areas affected by the current Zika outbreak. All pregnant women who have traveled to these areas should talk to their health care provider about testing, even in the absence of symptoms.

A Patient Guide to Managing Pain during a Hospitalization

Exceeding Expectations of a Hospital Stay