What Stroke Takes Away 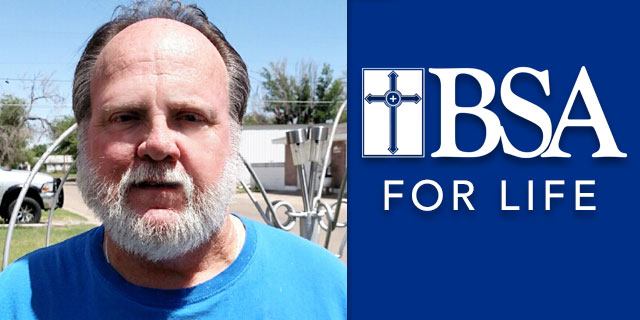 Larry Munday, 61, and his wife, Corene, were anxiously awaiting a trip across the country to welcome one of their sons, Scott, a staff sergeant in the United States Army, home from Afghanistan in March. They left their hometown of Perryton to spend the night at their other son’s home in Bushland - just outside of Amarillo. The plan was to board a flight the next morning for Seattle. Once Larry and Corene arrived in Bushland, they ran a few errands – taking their dog to the kennel and stopping by Home Depot. “When I got out of the car, I felt funny,” Larry recalls. “I noticed my left foot dragged. We were walking around the store and I noticed I was bumping into shelves. ‘Something is strange,’ I told my wife. ‘I just feel weird.’”

Although there was no explanation for what was happening, Larry wondered to himself if there were other signs he was missing. “I used to be a paramedic and transported people who have had a stroke,” he shares. “I know the signs and symptoms of a stroke.” Larry did not have any difficulty speaking and had not noticed any confusion. Yet, something wasn’t right. His son Eric, an EMT, wondered if Larry’s blood sugar was the source of the problem. They went to a local urgent care clinic, but did not get a definitive answer and went home. Within five hours Larry noticed his speech started to slur. His symptoms were getting worse. He went back to the urgent care clinic.

“’I guarantee you are not having a stroke,’” Larry says he was told at the clinic. “The next morning I couldn’t get up and walk. I called 911 and went to BSA.”

At this point, Larry could not move his left arm or left leg. The former first responder with more than 20 years experience as a fire fighter, EMT and paramedic couldn’t believe what was happening. “I never thought I would be on the other side of the bed having a stroke,” he says. An Emergency Department physician confirmed that Larry had in fact had a stroke. At that moment, Larry says he felt a wave of emotions - confused and scared – all at the same time. “But I knew that it could have been a lot worse.”

After receiving treatment for his stroke in the Intensive Care Unit (ICU) for three days, he was transferred to inpatient rehabilitation at BSA. “They wore me out every day,” he adds. From physical therapy to occupational therapy and speech therapy, Larry and his rehabilitation team worked to get back what his stroke had so quickly taken away. It was an “eye-opening experience” he says. “I can’t say enough good things about my therapists!”

“You take the small things for granted when one side of your body is not working,” he says. “You can’t do the small things you used to be able to do like getting dressed or taking a shower.”

Larry worked on his rehabilitation each day for more than a month at BSA. He continues to work daily at home on exercises to rebuild his mobility and strength in his left arm and leg. Each week he is becoming more independent and able to do the “small things.” While stroke took away being there when his son Scott returned to the U.S., Larry is determined that it won’t take away his ability to live and enjoy life moving forward.

A Patient Guide to Managing Pain during a Hospitalization